This is “BUDO KARATE”!!Beatiful KATA and Intense KUMITE!! 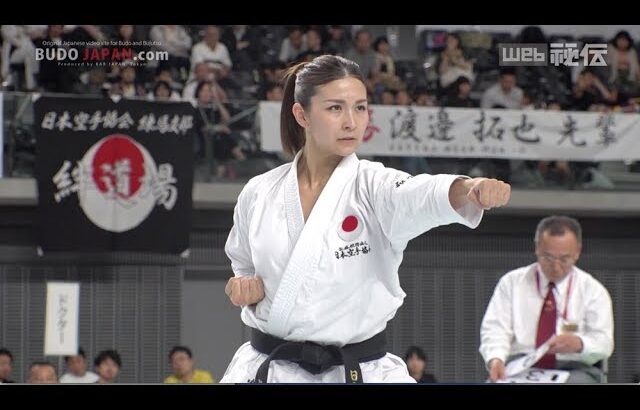 Tradition meets intensity in one-point matches
that will take your breath away!
This Tournament showcasing what is best in karate!!!

The All Japan Karatedo Championship Tournament will be held in the two days as 6th and 7th July. This tournament is organised by the Japan Karate Association which was founded by supreme students of master GICHIN FUNAKOSHI, the founder of Shotokanryu Karate.

The original stating point for this remarkable historic event could be the first All Japan Karatedo Championship Tournament which was held in October 1957 in Tokyo Metropolitan Gymnasium, organised by the Japan Karate Association.

At that time people investigated how kick and punch, the most fundermental techniques of Karate, could be performed so properly as a ultimate blow to the opponent which decides winning or losing of the competition.

In Japanese it is called as “Kime”. The concept of this Kime is based on the characteristic idea of Karate, to defeat the opponent completely by one blow. It is the ultimate goal of Karate to realize this Kime.

People keep trainning Karate’s techniques quite concentrated and condensed way so that they can realize this Kime. Accordingly the rule Sun Tome was settled so that people can perform their skill in a safe way.

By this Sun Tome rule all the people who compete Kumite have to stop their punch and kick just before it hits the opponent’s body. This is the exact point by which Karate as Budo clearly distinguish itself from other sports Karate where people compeat by gaining more points.

During the tournament which takes over that original starting concept and where people compete by Kumite and Kata, you will find several young Karate masters who might open the new page of Karate’s history. Your eyes will be the witnesses of the history.

Hopefully everybody will enjoy this 62nd All Japan Karatedo Championship Tornament which has the biggest scale and longest history with full contents!!